If you live in Los Angeles, you know how many cars are on the road. Freeways and surface streets are typically packed with commuters at nearly all hours of the day. Not only does traffic congestion cause many people to waste hours on the road each day, but it also contributes to the pollution and poor air quality that have plagues Los Angeles for decades. High car usage also results in lots of wear and tear on city streets, resulting in potholes and cracked pavement that can damage your car or cause accidents.

You might say, “Sure, I wish I didn’t have to drive my car everywhere, but what else can I do?” Actually, there are many ways to travel around L.A. without the use of a car. With a little advanced planning and a sense of adventure, you’ll find that getting around Los Angeles sans-automobile isn’t as impossible as you thought.

First, there’s the expansive Metro bus system. Buses travel across every part of the Los Angeles metro area and are an affordable way to travel without a car. Traveling by bus has a variety of benefits. Most buses in Los Angeles run on compressed natural gas (CNG), which produces much less pollution than the typical car, truck or SUV. Buses often travel the same distance as cars in less time because of bus-only lanes. Plus, with the price of gas continuing to rise, a one-day bus pass will probably set you back less than the cost of gas for going the same distance in your car.

Depending on where you live, another non-car travel option is the Metro rail system. Using the Red Line, you can go from downtown L.A. to North Hollywood (passing through the famous Hollywood walk of fame area on the way). On the Blue Line, you can travel from Downtown L.A. to South Los Angeles, Anaheim and Long Beach. The Green Line will take you from Norwalk to the South Bay beaches and the newly finished Gold Line travels from Downtown to Pasadena. Traveling by train might take a bit longer than driving your car, but it’s much more relaxing than sitting in traffic and many people enjoy the camaraderie that develops among those who commute every day on the same train.

Another way to get around Los Angeles without a car is bike riding. Many major roads have bike lanes which allow bikers to ride at a safe distance from passing cars. Riding a bike is also a great way to stay in shape and make the most of the beautiful Los Angeles weather. However, you should always take appropriate safety precautions when biking in heavy traffic. Wear a helmet, don’t listen to headphones (that could drown out police/ambulance sirens or a car honking at you) and always bike in the road going in the same direction as traffic. Though drivers are used to sharing the road with bikes, they typically won’t be prepared for a biker going the wrong way in the street or on a sidewalk, especially when they’re making a turn.

Finally, don’t forget nature’s original form of transportation — your feet! Los Angeles is full of neighborhoods that lend themselves to walking. West Hollywood, Hollywood, Santa Monica, Downtown, Silverlake, Studio City and Beverly Hills are just some of the areas where residents can walk to restaurants, shopping, bars and other local businesses. Not only will you burn some extra calories, you’ll have a chance to notice beautiful homes, interesting architecture, neighborhood parks and other things you might have otherwise missed while speeding by in your car.

As you can see, it’s not impossible to get around Los Angeles without a car. Even if you own a car, you can cut down on your fuel costs, reduce traffic-related stress and gain a new perspective on Los Angeles by alternating driving with one of the above transportation methods. Give it a try!

Airport Transportation and What to Do 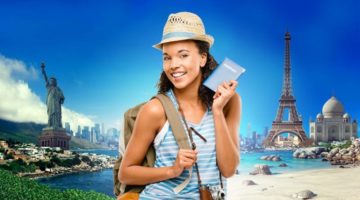 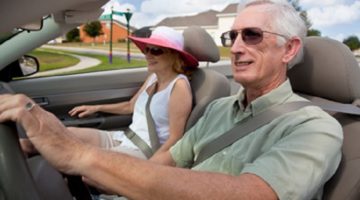 Tips For Traveling With Incontinence